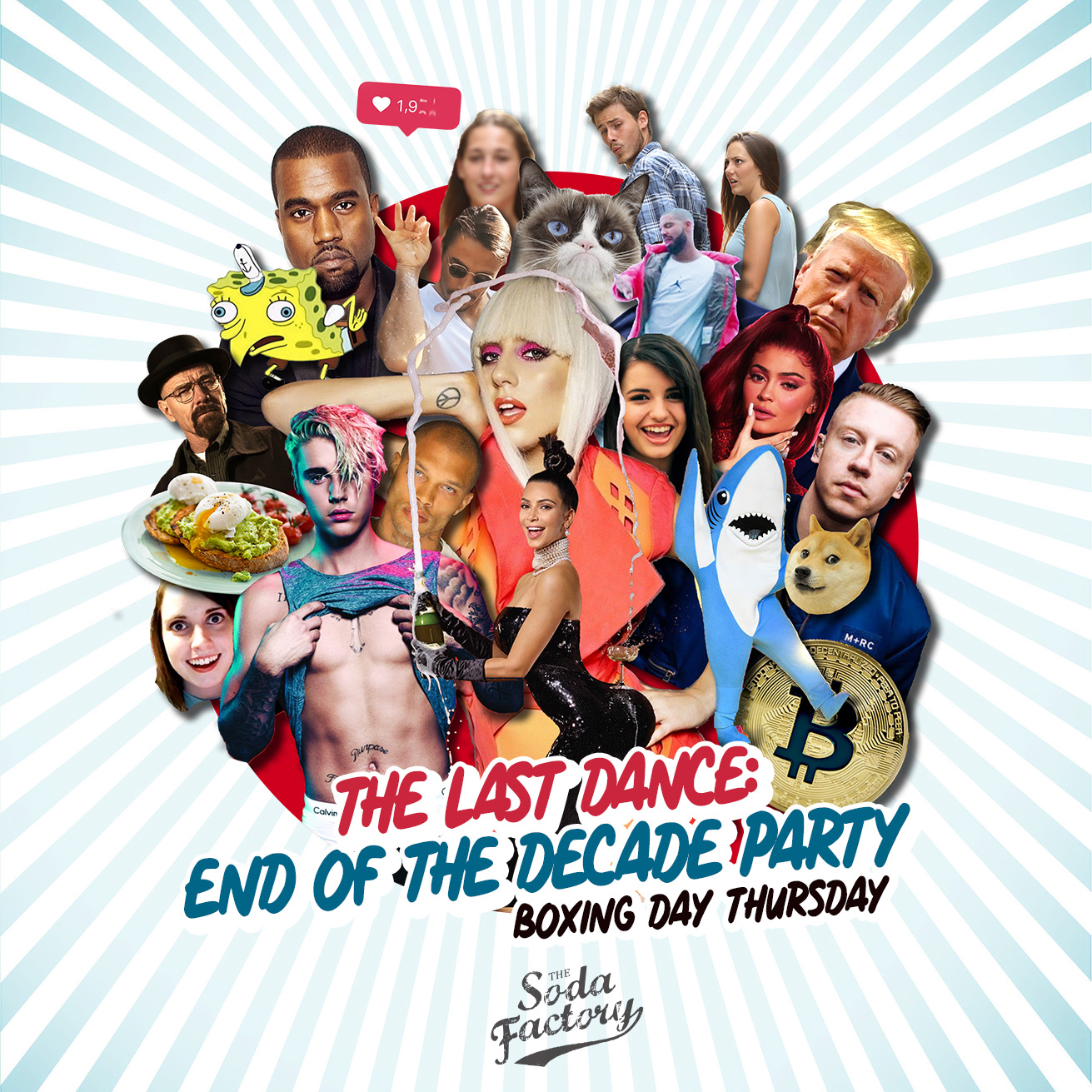 Boxing Day at The Soda Factory!

It’s the end of the world as we know it… so we’re throwing one last dance to celebrate the best (and worst) of the 2010s! It’s our BOXING DAY: END OF THE DECADE PARTY!

The 2010s were a decade of musical highs and lows, the introduction of amazing new pop culture references as well as some more forgettable moments. Whether you loved them or hated them – we’re sending them off with a huge party!

To kick things off we have our BOXING DAY SALE – 49% off all drinks 6-8pm and 50% off food, with the addition of our world famous $1 hotdogs.

We’ll have DJs mixing up a storm selecting the very best of the 2010s and keeping the party going until very very late.

“Grab your wife, grab your husband, cause we’re partying with everybody out here”.

WHAT CAN I EXPECT?

COMING WITH A GROUP?
Book an area below, it’s free!