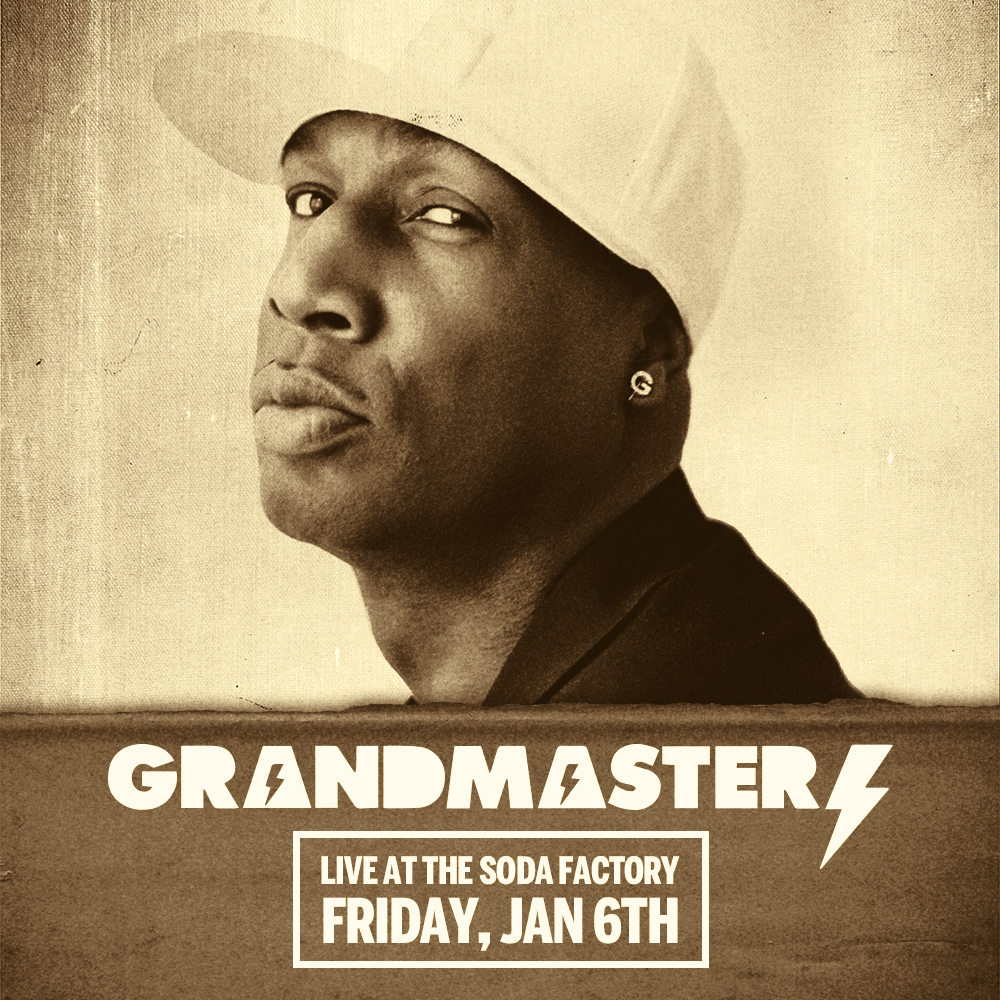 Flashing into the New Year has never looked so good. On Friday, January 6th The Pioneer of Hip Hop DJ’ing returns to The Soda Factory for an intimate performance. Welcoming back the King of the Decks, the one and only, Grandmaster Flash.

The Founding Father of hip-hop & Leader of the Furious Five has recently appeared in Baz Luhrman’s series, “The Get Down,” sharing his rise in the hip-hop world. Flash invented cutting, mixing and switching tracks seamlessly between songs, crafting innovations that are the bread and butter of DJing today. He was first hip-hop act to be inducted into the Rock and Roll Hall of Fame and we are honoured to have him at The Soda Factory to grind in the New Year with our favourite DJ.