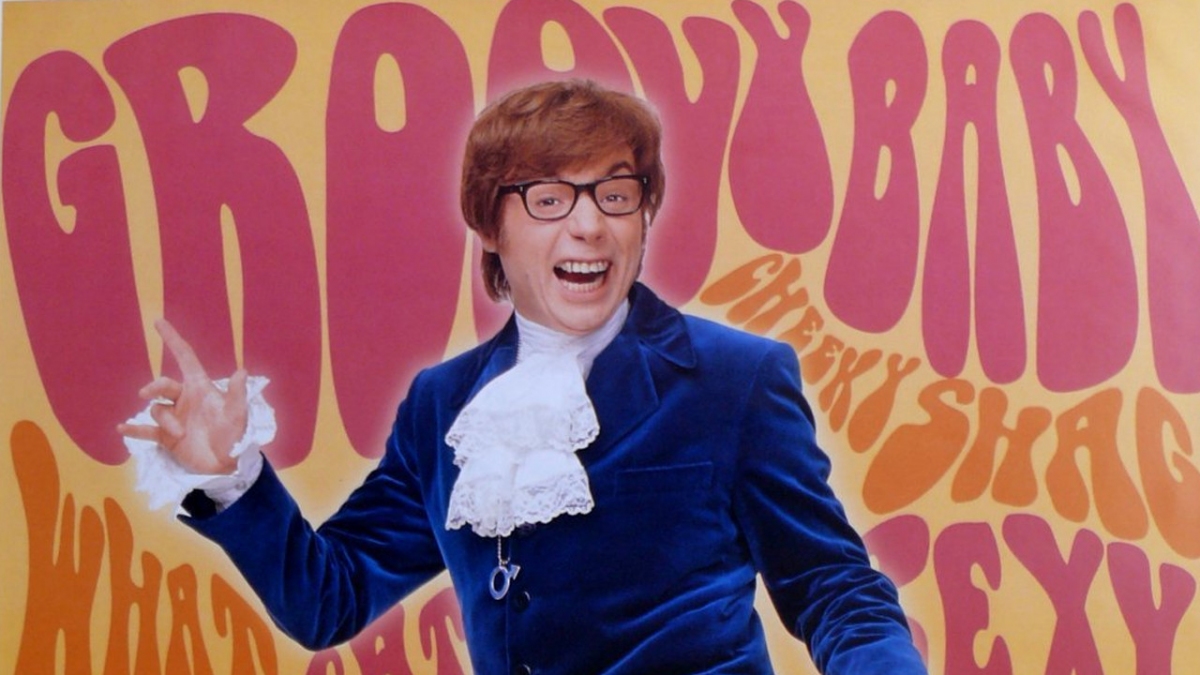 It’s a smashing shagadelic party as Mike Myers and Elizabeth Hurley star in a non-stop, hilarious comedy adventure. Frozen in the ’60s, secret agent Austin Powers (Myers) is thawed back into action to once again battle his archenemy Dr. Evil. With his sexy sidekick Ms. Kensington (Hurley), Austin must stop Dr. Evil’s outrageous plot to control the world. But first, this time-warped swinger must get hip quick and discover that there’s no free love in the ’90s! An all-star supporting cast including Michael York, Robert Wagner, Mimi Rogers and Carrie Fisher make Austin Powers: International Man Of Mystery a wacky, far-out trip you won’t forget.
Entry is FREE. Doors open at 5pm and the popcorn starts popping shortly after to get you in the mood.
The movie begins at 8pm!
All of our gourmet hotdogs are $16 served with fries, and our sides (great for movie snacks) are $5 from 5pm-7pm. So come in and grab yourself some dinner & drinks and settle in for the movie.
You can book your spot at hello@sodafactory.com.au
~
COMING UP:
JANUARY