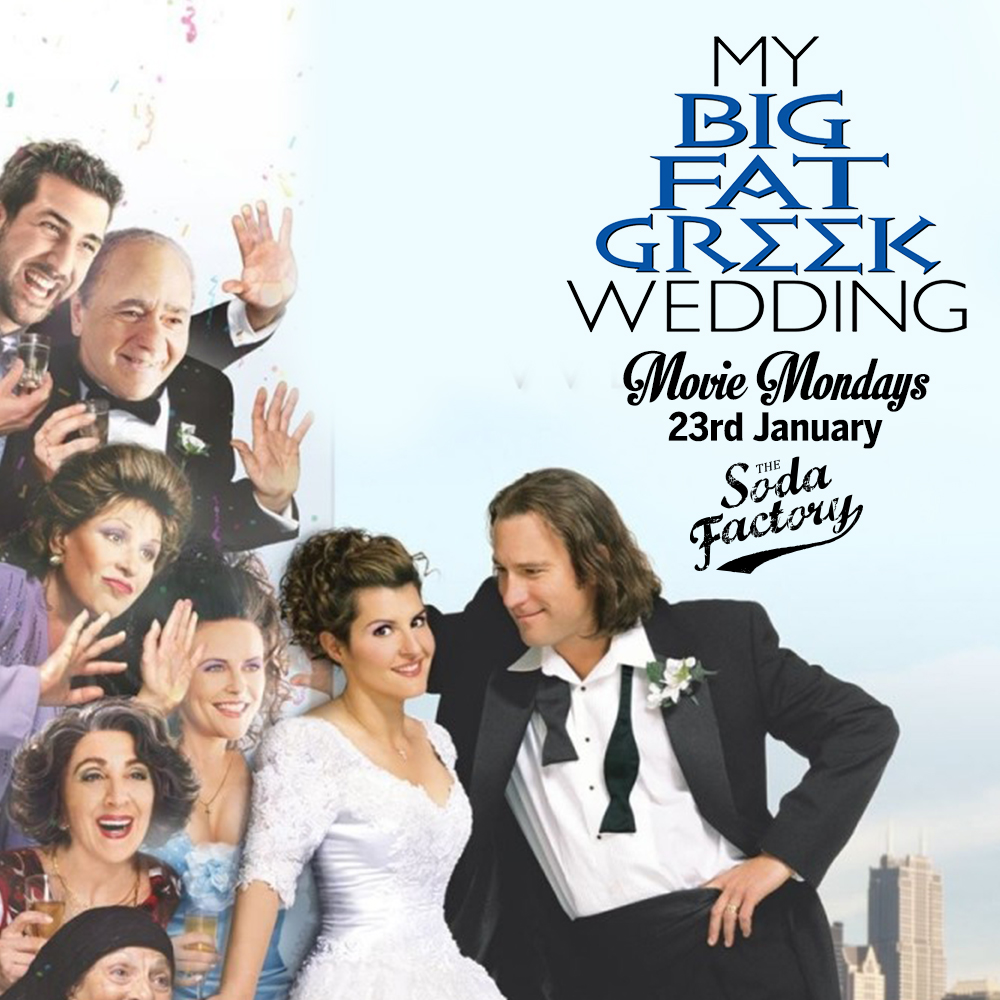 Nia Vardalos stars as a single girl who creates a major stir within her traditional Greek family by falling for a guy who has one fatal flaw–he’s not Greek! John Corbett plays the handsome gentleman who gets swept up in a big Greek love story.

Doors open at 5pm for an 8pm showing & the popcorn starts popping shortly after to get you in the mood. You can expect:
Come in and grab yourself some dinner & drinks and settle in for the movie!
Show up at the door & grab yourself a comfy seat, OR book your spot at hello@sodafactory.com.au!
—————————————-
COMING UP:
JANUARY