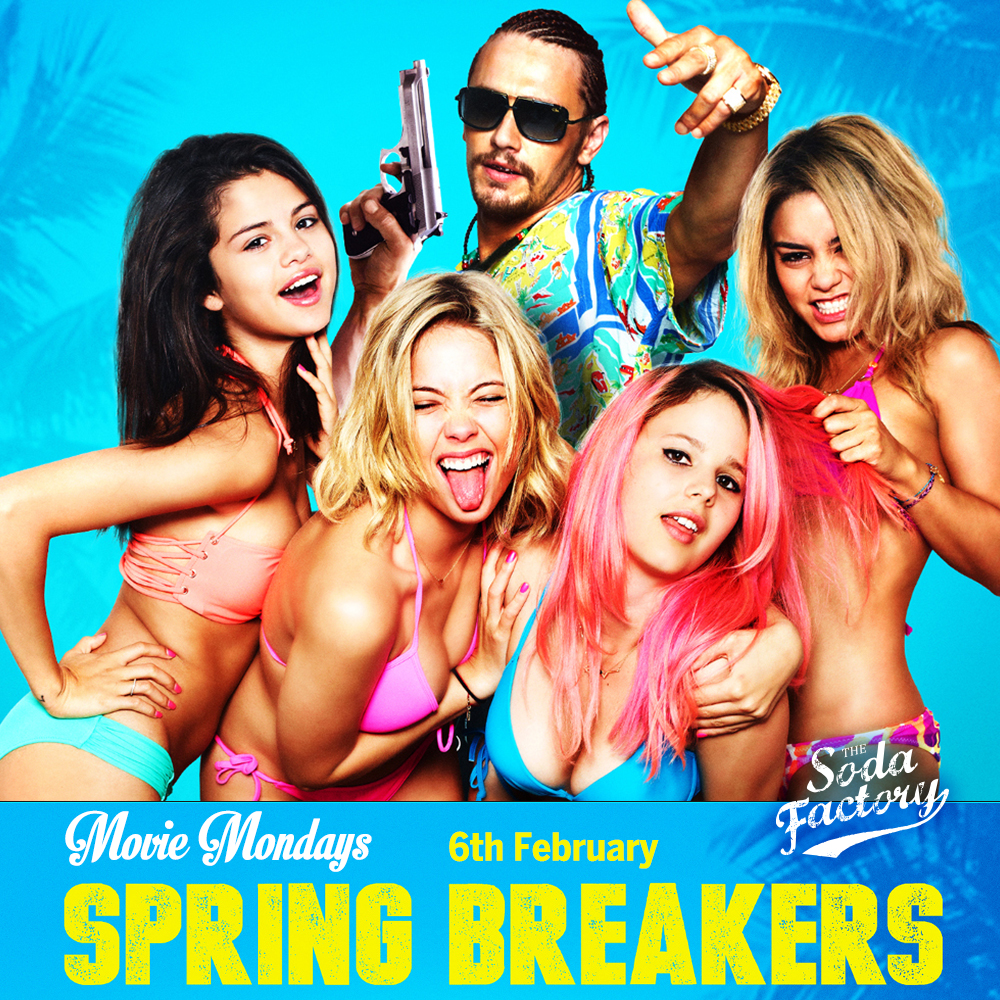 Four sexy college girls (Selena Gomez, Vanessa Hudgens, Ashley Benson, Rachel Korine) plot to fund their best spring break ever by robbing a fast-food shack. During a night of partying, the girls land themselves in jail clad only in bikinis. Infamous local gangster Alien (James Franco) bails the girls out, taking them under his wing. Together they embark on the wildest spring break trip in history.
—————————————-
Doors open at 5pm for an 8pm showing & the popcorn starts popping shortly after to get you in the mood. You can expect:
Come in and grab yourself some dinner & drinks and settle in for the movie!
Show up at the door & grab yourself a comfy seat, OR book your spot at hello@sodafactory.com.au!
—————————————-
COMING UP:
JANUARY